Rosanna was a midwife 20 plus years in the making. She attended her first childbirth at The Birth Place in 1981 and felt “the call” to midwifery. She subsequently attended a year long childbirth assistant training at the Birth Place and taught childbirth education classes. However, she put her strong call to midwifery on the back burner, because she felt the risk of being arrested for providing care during the 1980s and 1990s too great a stress and risk for her family to weather. While waiting for the California licensed midwifery practice act and midwifery schools to be approved by the Medical Board of California, she worked as an electrical engineer. Eventually, Rosanna graduated from National Midwifery Institute and secured her midwifery license in 2004. Rosanna’s midwife mentors were Donna Driscoll and Faith Gibson. Birthing From Within informs much of her work with clients (cultural preparation, physiological birth education and neuro-linguistic programming). She is the creator of Prenatal Village Care™, a prenatal group care experience for small midwifery practices.

Rosanna never pictured herself in a leadership role in midwifery, but, having been asked and elected to the California Association of Midwives (CAM) board in 2013, she’s felt a strong sense of responsibility to help protect and forward midwifery, while in a leadership role with CAM and CALM. Having avoided politics for most of her life, she’s felt it necessary to learn and grow political skills so that CALM can be effective at legislative advocacy. She’s applied logistical and visionary skills creating CALM’s organizational foundation for sustainability and in preparation for bringing in strong leaders to carry midwifery forward in the coming years.

Rosanna loves midwives; she knows how passionate and hardworking they are. She sees and experiences the disheartening ways that midwives and their clients are sometimes misunderstood and mistreated. She’s hopeful for the future of midwifery in California, having discovered that a professional association is a powerful tool in creating positive policy and cultural change. 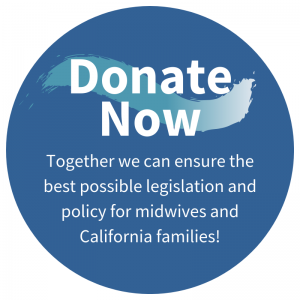 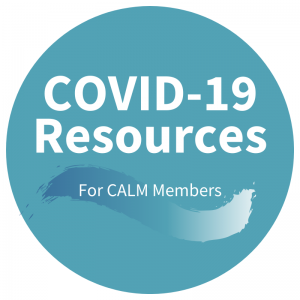 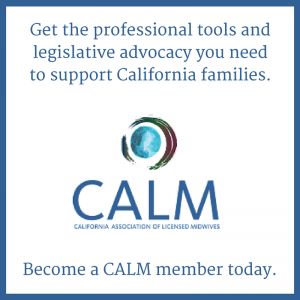 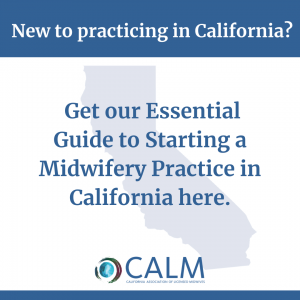 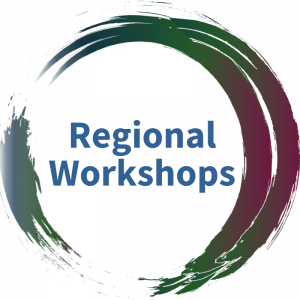